The team at NEFA have completed a variety of roles in football and have accumulated knowledge from different education settings in the UK and abroad. They have owned football clubs, held executive positions in the boardroom, coached within professional academies, managed in semi–professional football and delivered courses for the English Football Association as well as many other roles!

This vast knowledge and experience allows us to give students a 360-degree view of the football industry. With our extensive networks in the game, we can help facilitate progressions in the game they love.

All of our coaching team are UEFA Licensed coaches and have or are working towards a Masters’ Degree in a football specialism. On top of this, they were all educated by the World Football Academy, led by the World’s leading football education expert Raymond Verheijen.

So, come and meet the team…. 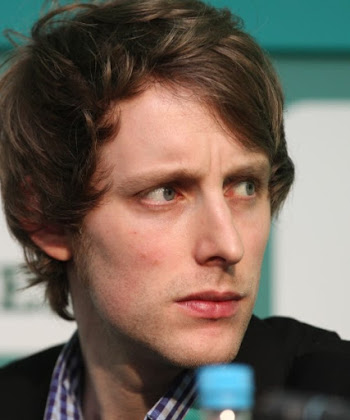 After a professional football career in New Zealand. Ryan became the Editor-in-Chief of ‘Football Industry Group magazine FC Business’, where he had access to most club owners and executives across Europe, which allowed him to develop knowledge in best practice in football.
His next appointment was as Chief Executive of Stockport County, where he became the youngest Chief Executive of a professional football club in the country at 30 years of age.
Other consultancy roles in football have led Ryan to work for the team he supports (Wolverhampton Wanderers) as well as Port Vale. He is a guest lecturer on football business degree programmes across the UK and has made many appearances on national radio and television discussing all matters football business.
As well as his role of CEO at NEFA he co-leads on the Football Transfer Forum conference, a gathering of Sporting Directors, Agents and other football professionals, and is currently working on a project with UEFA on football fandom.
He graduated from the University of Central England with a degree in Business, and holds the League Managers’ Association Certificate in Football and Administration. 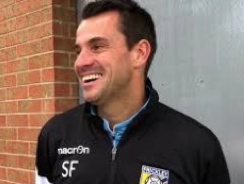 The experiences and knowledge that Spencer possesses across a number of sectors is vast. He owns leading education company, Life Skills, and has spent many years working in the education sector. He owns business in consultancy and property and has spent some of his career in the music, boxing and rugby union sectors.
At 31 years of age, he became the youngest owner of a football club in Britain when he bought Scottish team East Stirlingshire FC. Following on from this he spent 16 months at Stockport County as Vice Chairman.
His coaching pathway has seen him manage over 200 games in semi–professional football and he worked as a Coach for four seasons at Sheffield Wednesday, where he was the Under 15 and 16 Coach.
Other work in the industry has included being a guest speaker on podcasts, working for football investors on acquisitions and delivering education courses for coaches on behalf of the English Football Association.
Spencer’s qualifications are many; he is an UEFA A Licence holder, Johan Cruyff Master of Coaching, Master in Sports Management, CEO of a Sporting Organisation and has Level 7 qualifications in Strategic Management and Management. He is currently working towards not one, but two Masters’ Degrees in Football Performance and Coaching and the MSc Sports Directorship. 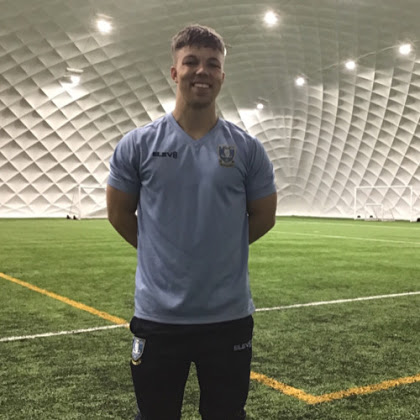 Ben has coached in professional football for 7 years, with the academies at Sheffield United, Chesterfield and Sheffield Wednesday. He has multi-discipline expertise in coaching, teaching, strength and conditioning and performance analysis bringing a holistic approach to player development.
Ben has also led the analysis department at a semi–professional club developing individual feedback platforms and analysis for the management team.
Ben holds the UEFA A Licence, has a BA in Physical Education and Sports coaching and a Masters’ Degree in Strength and Conditioning. He is currently working towards the UEFA Advanced Youth Award. 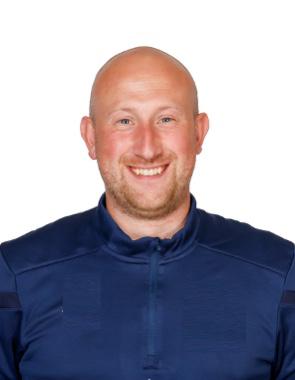 Ash has great experience having worked in two professional academies at Barnsley and Huddersfield Town as well as having National Championship success with Huddersfield New College. In addition, he was the Head of Football at Huddersfield University for 3 years and coached within the English Schools Football Association with the England Under-15 School Girls.
After a playing career at semi–professional level, he is now the Assistant Manager of Northern Premier League side Pontefract, where he combines this role with NEFA.
He is currently working towards the UEFA A Licence and Masters Degree in Football Performance and Coaching.

Liam is an UEFA B Licence Coach who also works at the Sheffield Wednesday Academy. His coaching career to date has seen him work in Ireland with Cork City as well as youth development roles in England. He has also led courses for the highly acclaimed Jan Coerver clinics.
Liam has a BA (hons) in Football Coaching and Management, is a Coerver Youth Diploma holder and has recently completed a Masters’ Degree in Football Coaching and Analysis.

Nick plays a big role at NEFA in terms of injury prevention and rehabilitation. Alongside his role at NEFA he works for Premier League club Leeds United within their Academy as a Sports Therapist.
He is also a qualified coach and works within schools, providing high quality sports and exercise interventions whilst promoting fitness for mental and physical well-being.
Nick has a BSC in Sports Therapy and Exercise (2:1), a BTEC Diploma in Sports Science and has the Level 4 in Trauma Medical Management. 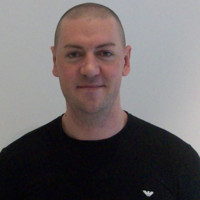 Nick is the Managing Director of partner company, Life Skills, and has worked in education for 17 years. He is the lead for quality improvement within the company and is responsible for ensuring that the curriculum for each student is individual, challenging and achievable. Nick is also the company Safeguarding lead. Students have Personal Development Plans for their programmes and these are monitored by Nick and his team.

Keep up to date with NEFA!

Sign up for updates on available courses, news and upcoming NEFA events.